Webmasters are noticing changes in how their website ranks. These changes have appeared to hit websites that were previously penalized during the last Penguin update, which has led these webmasters to believe that there has been yet another Penguin update. 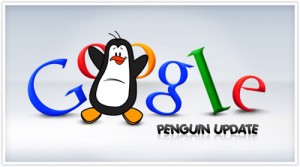 Google has responded to these worries of a new Penguin update by stating there are hasn’t been one.

What Does the Penguin Algorithm Perform?

The purpose of the Penguin algorithm is to devalue sites that have tried to increase their SERPs ranking by building links back to their website using risky and spam-oriented link building methods.

Google was forced to implement the Penguin algorithm as a countermeasure to the ever increasing amount of spam that floods the Internet. Penguin works independently of manual review, which means that it targets websites that display characteristics that Google sees as spam.

Why Do People Think There Has Been a Penguin Update?

They believe this because they were either previously penalized by the Penguin algorithm or they have noticed changes in their position due to active link building efforts.

Why are Websites Seeing a Change in Ranking?

While there’s over 200 confirmed factors as to why a website might be seeing a change in rankings, the most logical one is that a large amount of data has been processed again with accordance to a previous update.

The most likely update is likely the Panda 4.0 update that was released a week ago.

The Panda 4.0 update gave websites that focused on quality SEO copywriting, social media marketing and reputation management a major boost in the SERPs. Webmasters were reporting jumps in their rankings that occurred in as little as a day after Panda 4.0 was officially announced by Google.

The other possibility as to why websites are experiencing shifts in their rankings could be attributed to another unannounced update that Google performed. While Google states that there has been no updates to the Penguin algorithm, that doesn’t mean that there hasn’t been at least one update to other algorithms or an entirely new algorithm hasn’t been implemented.

What Can Webmasters Do to Achieve Better Rankings?

The safest bet for webmasters to keep their current rankings and to continue pushing towards top positions in the SERPs is to focus on reputation-oriented activities like content marketing and social media promotion while continuing to build links back to quality content.